Ralph's Story - A Back Pain Journey 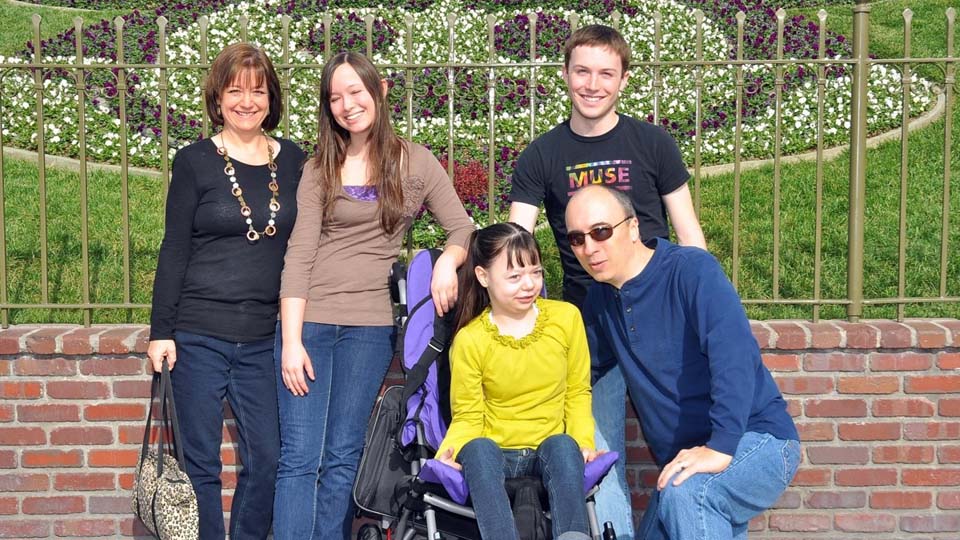 Ralph and his wife, Shauna, have three beautiful children and live in Redding, California. His job as a lawyer requires quite a bit of sitting and because of that, Ralph has developed a serious back issue.

“I had developed back pain for a number of years. At its worst, I could barely move. I was in a lot of pain. I had trouble getting out of bed in the morning.  I had trouble standing up, sitting down, getting in and out of the car, and bending down to kiss my daughter. I dreaded any movement I knew I had to make because I knew it was going to really hurt.”

This type of pain is a big enough problem, but Ralph and his family have a unique situation that makes chronic back pain completely “incompatible” with their life.

“I have a daughter with Dravet Syndrome.  It’s a rare form of epilepsy.  She has grand mal seizures on the average of once a week.  They often occur later in the evening, and I need to carry her to her bed after it is over. Fortunately, she only weighs 100 pounds, but she’s dead weight at that point, and she’s hard to carry.  I need to be physically able to lift her off the floor, or off the couch, and having a bad back is incompatible with that.”

Ralph, like the rest of us, had tried medications, chiropractic, and physical therapy and was met with limited success.

“For a number of years, I went to a chiropractor.  He would get me fixed up. However, I really didn’t have any way to stay that way long term.  Eventually, I would always have a recurrence of the back pain and would have to go back. I decided to try physical therapy.  I really liked the people I worked with, but it didn’t really work for me.  I was actually in the midst of going through physical therapy when I heard about Align.”

“I had not gotten pain relief from physical therapy, so I thought trying Align was worth a shot. They told me that if my posture was right, my back shouldn’t be in pain.  That posture was not a matter of me thinking about standing up straight, etc., that my body should be trained to just do that. I was intrigued by these concepts which were new to me.”

Ralph was a little skeptical at first… okay a little more than a little. “I’m a lawyer - skeptical is my middle name.”  Ralph started his journey like many do at Align, by working on his posture. Specifically, relaxing his problematic muscles and activating his atrophied muscles to eliminate his specific Problematic Postures. This meant Ralph was lying down with his legs up for 20 minutes, doing gluteal contractions, blocks squeezes, and belt presses. This is the phase where he was told to “trust the process” three dozen times per session.

After his posture issues were resolved, the next step was flexibility and strength. Ralph flew through these steps over the next 4-6 weeks.

“I can do what I want without having to worry about my back.  I am stronger and better able to do whatever I need to do each day. It’s great knowing that as long as I don’t get casual in exercising, my back pain is gone.”

And when he does get “casual” with exercise, he knows exactly what to do. Ralph discussed what he liked most about his experience was gaining the knowledge, process, and exercises to become and stay, pain free.

“I had no idea that good posture and strong muscles would clear up my back pain.  In retrospect, it sounds obvious, but I think most of us think that doctors, chiropractors, and physical therapists are the way to get relief.”

Recently, Ralph and his family traveled to Disneyland in their RV for a rare family vacation. Ralph’s wife, Shauna, says traveling with a child who has Dravet Syndrome is no small undertaking. This time they were able to do so without having to pack the burden of chronic pain.

Ralph’s message of repeated failed attempts at fixing a complex issue like back pain is both relatable and common. There is a time and place for every tool in the holistic health tool belt. The key to choosing which is best must be done through the lens of fixing problems not chasing symptoms. If all you do is chase symptoms, you will end up chasing them forever.